Sydney, the city that runs on renewable energies 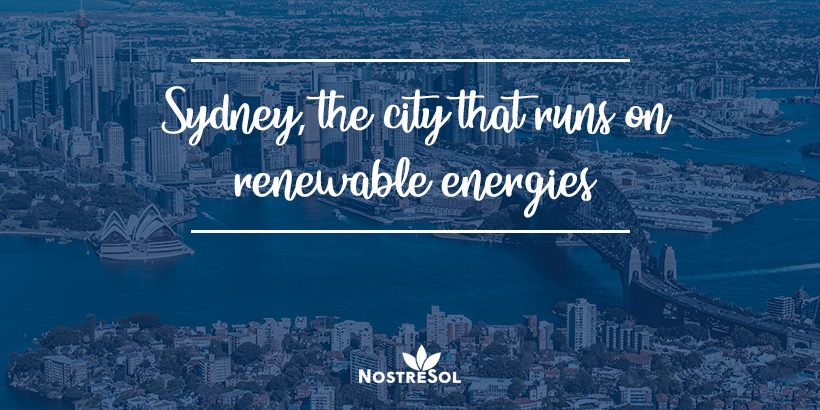 In the other day’s post we mentioned that, as of 2020, Sydney had become a fully renewable energy city. Today we have decided to delve deeper into the subject to understand the motivations that led them to make this decision and how they have made it possible.

Why do they use only renewable energy?

This decision was made by Clover Moore, a progressive mayor in office since 2004 who says: “We are in the midst of a climate emergency. If we want to reduce emissions and grow the green energy sector, all levels of government must make an urgent transition to renewable energy”.

This speech is not really surprising, as since 2016 it has been investing in changes in the city aimed at greater energy efficiency, such as the installation of solar lights on roofs and LED lights. One example of this was the replacement of 6,500 streetlights with LEDs, saving $800,000 in a single year.

What renewable energy sources do you use?

The three sources used are:

Renewable energy covers all of the city’s operations, including street lighting. The $60 million deal is the largest renewable energy sale and purchase agreement in the southern country.

This investment was a turning point for the city, which is currently investing in the replacement of more streetlights with LED bulbs and the installation of 7,800 solar panels on buildings.