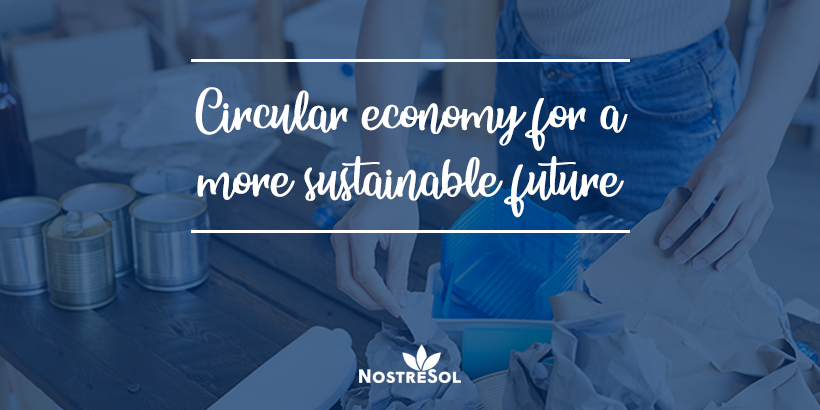 One of the biggest environmental problems we have today is the incessant production of waste, typical of the linear system of consumption (production-consumption-disposal). Against this, the system of circular economy arises, which is based on producing – consuming – reusing, making waste, whatever its properties, can be reused for other productive processes.

How do you intend to reuse the waste?

On the one hand, some research groups base their studies on creating some mechanisms for disposing of existing waste in a totally environmentally friendly way.

On the other hand, the decision was made to tackle the issue from the production process, manufacturing products and packaging that are fully recyclable and biodegradable in order to curb the problem at source.

In both cases, research has made great strides and their applications have been widely used in companies’ production chains. However, we believe that there is still a lot of work to be done in order to be able to slow down climate change.

Governments’ commitment to the circular economy

Governments are clear that, apart from the implementation of renewable energies in society’s daily life, another solution is investment in this type of process.

The Spanish Strategy for the Circular Economy (EEEC) is aligned with the objectives of the European Union’s two circular economy action plans and has a long-term vision. “Circular Spain 2030” will be achieved through successive three-year action plans which will allow the necessary adjustments to be made to complete the transition in 2030. Among the main objectives of this strategy are

Increase reuse and preparation for reuse to 10% of municipal waste generated.

Improve water use efficiency by 10%.

The main lines of action on which the policies and instruments of the Circular Economy Strategy and its corresponding action plans will be focused are eight. Five of them are related to closing the circle: production, consumption, waste management, secondary raw materials, and water reuse. And the remaining three, with a cross-cutting nature: Awareness and participation, Research, innovation and competitiveness, and Employment and training.

In the Valencian Community, the President has highlighted projects such as: