Europe is commited to renewable energy 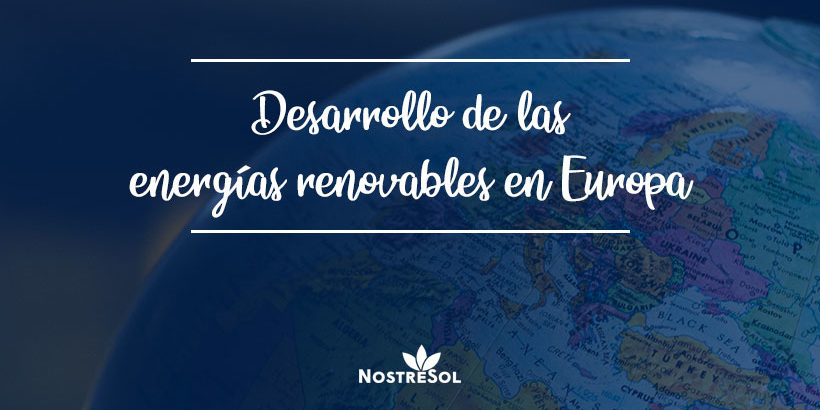 The European PV market has increased significantly in recent years. Europe is committed to renewable energy with more open measures that help this sector grow, demanding policies so that they can be available to all citizens.

The European PV market has increased significantly in recent years. Europe is committed to renewable energy with more open measures that help this sector grow, demanding policies so that they can be available to all citizens.

Renewable energy and its strong presence in Europe

In Europe, renewable energy has always been a goal to be achieved. The US was one of the first to establish ways in its legislation to integrate these renewable sources into Europe’s energy systems.

In 2009, the directive of the European Parliament and the Council of the European Union established directives for the best use of energy from renewable sources: Renewable Energy Directive (2009/28 / EC). The main objective was to establish a package of measures to reduce greenhouse emissions, in addition to other international Community commitments.

Currently, this directive is still included in the European green agreement, with a view to the long term with the aim of achieving neutralisation of the EU’s climate by 2050.

But the most important thing about these measures is to achieve market acceptance and to do so you need to adapt these technologies to the reach of any citizen. The ambitious objectives of the European Commission would not make sense if renewables were not accessible to all.

Fortunately, looking back, the cost of producing solar energy decreased markedly between 2009 and 2019. In fact, in 2019 for the first time solar energy unseated coal. This shows that US policies and measures are struggling to make solar energy the energy of the future for all.

In 2019, solar and wind production has increased in all markets, becoming one of the best years for renewables in Europe, with very positive prospects for this 2020.

The keys to build a solid foundation

The solar energy accepted by citizens: another key is that clean energy is considered in addition to the most flexible, the easiest to install.

Therefore, Europe is committed to renewable energy and has a prosperous way to go. Renewable energy is shown to be an upward trend. In the future, renewables may be the main sources of energy to supply us.

At Nostresol we keep you informed of all the news about the renewable energy sector.