What is Green Hydrogen? Applications and advantages 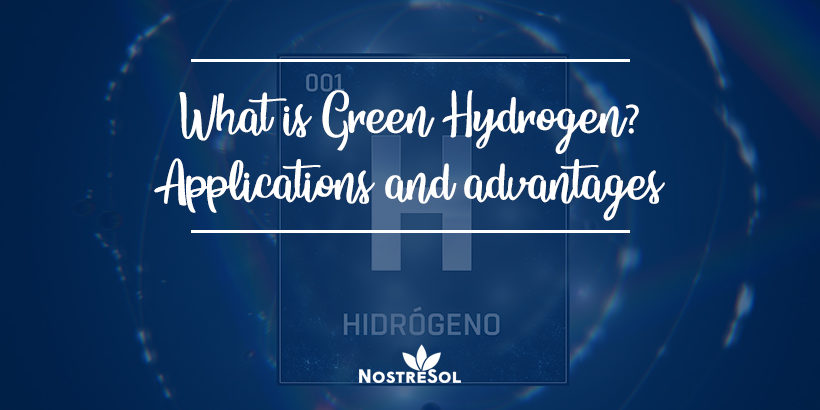 One of the main measures of the Integrated Energy and Climate Plan 2021-2030 is the reduction of CO2. To this end, one of the most talked about alternatives is green hydrogen. Do you want to know what it is? Read on and discover the fuel of the future.

What is it? How is it achieved?

Today, almost all the hydrogen produced comes from hydrocarbons such as coal, oil or natural gas. When extracted through fossil fuels, hydrogen production is energy intensive, and is responsible for some 830 million tonnes of CO2 emissions per year, which is an environmental problem.

The alternative to this source of hydrogen is the electrolysis of water. Electrolysis consists of a process by which, using electricity, the water molecules are split: two hydrogen atoms and one oxygen atom are extracted. When this electricity comes from renewable energies, that hydrogen is considered “green”, as in this process no carbon dioxide is emitted into the atmosphere.

Hydrogen is not as such a primary energy source as wind or sun, but it is a gas capable of storing energy to be released later. Therefore, some of the main uses are:

Despite the fact that green hydrogen is very beneficial to the environment, production costs are still too high, so its use will be seen exponentially as studies progress and these costs decrease. In any case, at Nostresol we celebrate the transformation of processes that cause so much negative impact on the environment by other “green” cycles. As we always say, this change must be made by all of us.

And you, do you want to be part of the change? Contact us to find out how you can contribute to environmental care through renewable energy in your own home.