Is it possible to be supplied only by renewable energy? 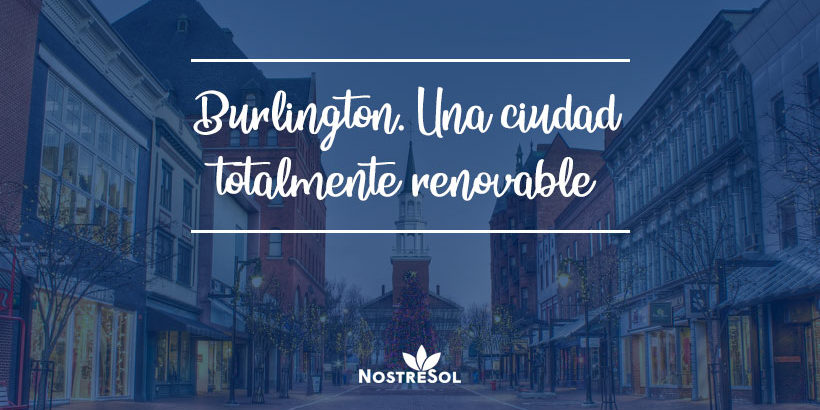 There is a lot of skepticism about the functionality and cost-effectiveness of solar installations. But to break down these barriers, there is a city of about 43,000 inhabitants that is supplied only by renewable energy. This town is Burlington, in the northeastern United States. This city shows that it is possible to be supplied only by renewable energy.

It is possible to be supplied only by renewable energy

The history of this small town began when, a few years ago, a hydroelectric plant was purchased on the Winooski River, which provided up to 7.4 MW. At this time, the first attempt to supply only renewable energy sources began.

This has been achieved, as they have expressed on several occasions, through citizen participation at all levels. In other words, the inhabitants have committed themselves socially and personally to participate continuously in achieving the objective. And that’s why, today, Burlington is one of the best places to live in America.

Burlington, the largest city in the state of Vermont, uses renewable energy including biomass, hydroelectricity, wind and solar power. With this, they manage to reduce greenhouse gas emissions and save more than $20 million in 20 years.

Despite the city’s growth, consumption continues to decline

The city aims to continue to save millions of dollars annually. In addition, they boast of keeping energy prices stable and generating clean energy-related jobs.

Burlington, then, has served as an example to other cities in the United States, which have committed to the use of clean energy. As a result, the #Readyfor100 campaign was created.

Now, getting to this point takes a lot of work and awareness. For this reason, you can contribute your grain of sand by turning your home into a more sustainable home. Contact us and we will give you information without obligation.