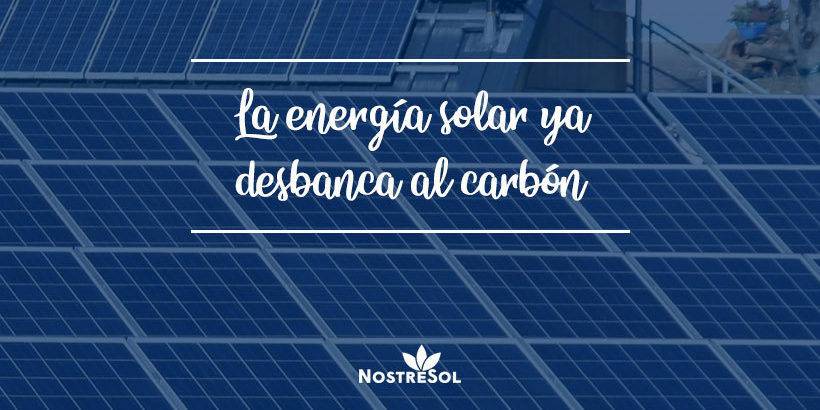 The energy that has grown the most in its use over the past decade is solar energy. After this, coal, wind and gas follow. In addition, renewable energy has together 67% of the new capacities installed in total. The ability to generate renewable energy has been quadrupled in just 10 years. Solar power alone has increased more than 20 times its facilities compared to 2010. Therefore, this energy already is ing down to coal. Such high solar energy growth was driven by investment throughout this decade of more than 1.3 trillion.

Is it all done?

No, of course not. All this investment every day can become a little less profitable if we don’t worry more about curbing climate change as it’s proven that pollution will make solar energy less and less efficient as this pollution grows.

Solar energy is crucial to prevent this progressive climate change. It is a clean, green and environmentally friendly energy. And while this climate change is very dangerous in other respects, it can also make a dent in receiving solar energy.

A calculation by Ian Peters and Tonio Buonassisi at MIT reveals that climate change could seriously affect the process of obtaining solar energy.

Now you know that solar energy is being very important to curb climate change. It is increasingly so to the point where it has already surpassed the energy that has long been the main one for the entire planet. But from Nostresol we also want to highlight the importance of never being satisfied and continuing to work together. In order for the whole of society to be aware that this is only a small step compared to all of us that we must take to make the planet we live on a healthy planet. So that we will never live again with the constant danger of all the consequences that such a serious environmental problem can cause as global warming.